Summer is so much fun in Calgary! It’s a very sunny city and the sun sets around 10pm in June, July and into August. Dusk usually lasts for an hour around the summer solstice so we can see light in the sky until almost 11pm some nights. We get plenty of daylight in the summer – opposite is true in the winter. I wouldn’t describe Calgary as an extremely warm city, even with all the sunshine – haha! Our summer temps usually hover around the 2o degree mark in the later evenings – the days get warm, but it usually cools off in the evenings. It’s very a pleasant environment to hit the roads on the mountain bikes and explore the city.

Rob M and I started in the new East Village and made our way west to the Peace Bridge – taking pics along the way. We swung over to Olympic Plaza and Stephen Ave then over to Prince’s Island Park on the way to the west side of downtown. It was a gorgeous night and everyone was out enjoying themselves. We chatted it up with a couple like minded strangers and finally called it a night around 12:30! 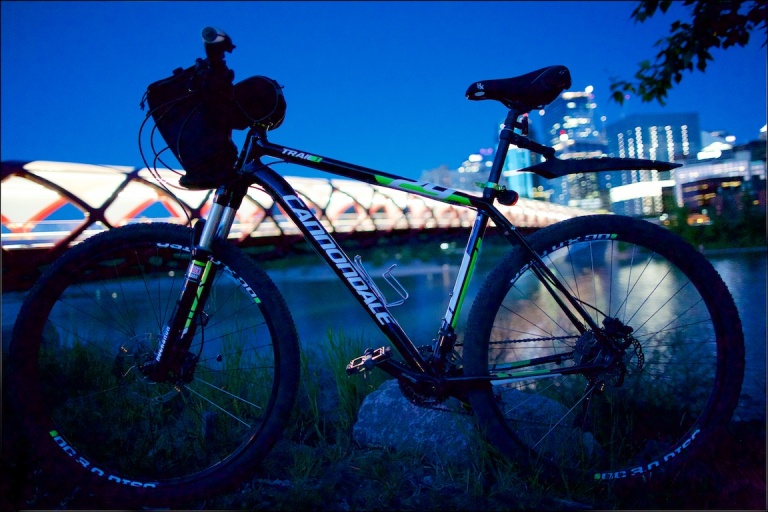 Self Portrait with the city for a back drop 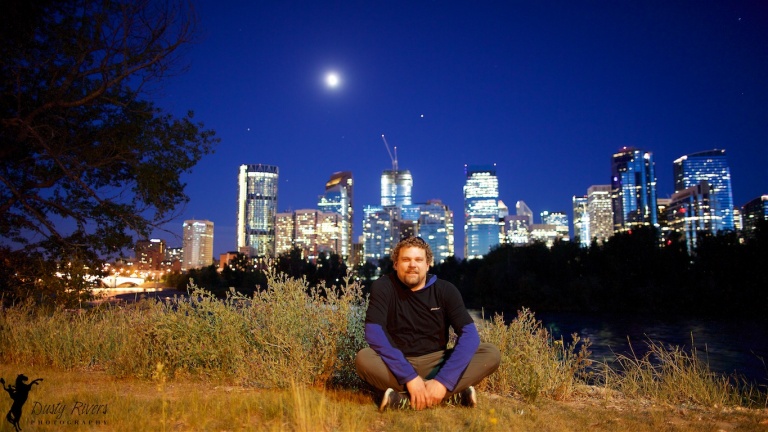 The start of it all – St Patrick’s Islands’ George C. King Bridge

Thanks for stopping by!